This article highlights the top 8 Best Kids Coding Languages. Each language is briefly described, along with reasons why learning it would be beneficial for kids.

Learning how to program computers can help to promote creativity, logical thinking, and problem-solving. Kids who learn to code learn how to solve a problem logically by following a series of steps, commands, or instructions.

Allowing children to acquire good coding abilities is one of the most crucial tasks. Fortunately, there are several fantastic programming languages for kids that are simple to learn and have a lot of potentials.

Python is a computer language that is very useful for teaching coding to young people. Python’s user-friendliness makes it easier for children to write lines of code than other well-known programming languages. Python is intended for children aged 12 and up.

Why kids should learn Python?

Scratch is a visual, block-based programming language that is free to use and primarily designed for children between the ages of 8 and 16. Anyone who prefers to work visually or with smaller children will find it to be a terrific visual environment.

Why kids should learn Scratch?

Another free, block-based visual programming language for youngsters is called Alice. With the aid of Alice, children can go from visual programming to traditional programming while still working on the same script or project. Alice’s drag-and-drop interface and simple play button make it incredibly simple for children to learn to program.

Why kids should learn Alice?

Swift has been a terrific way to get started with contemporary programming ideas and best practices. It doesn’t require any coding experience, making it ideal for young children or beginning pupils around the age of 12.

Why kids should learn Swift?

When starting to code, Ruby is regarded as one of the best and simplest languages to start with. The majority of the programs in this programming language are self-explanatory, which is its strongest feature. The fifteenth most popular programming language in the world right now is Ruby.

Although Lua is related to Python, it is simpler to use for beginners. Lua is excellent for children and teenagers who want to learn a language quickly, are eager to customize the well-known game, or are simply curious to discover how the worlds of gaming and computing interact. It is beneficial for children who are learning to code for the first time and need to grasp the fundamentals.

Why kids should learn Lua?

Despite being a professional-level coding language, JavaScript is user-friendly for beginners. An excellent skill for kids of nearly any age is JavaScript. Children can bring websites and applications to life with animations and user interactions while having fun and learning the fundamentals of coding.

Why kids should learn JavaScript?

Kids of all ages can learn to code using Blockly. For development purposes, it employs the same interlocking building blocks. Blockly’s graphic block programming language feature makes it simpler for children to learn how to code.

Why kids should learn Blockly?

As we come to a conclusion, we hope you have read all the information and have a better idea of which language is appropriate for children and will be able to assist them in beginning a coding career.

The most crucial thing is to get your youngster started with coding, regardless of the language you select.

We really hope that you found this information about the top coding languages for kids beneficial and will return for future updates.

Why should kids learn to code?

Kids’ problem-solving abilities can improve with coding, which also develops imagination and creativity. Additionally, it introduces them to real-world applications and their proactive work. Additionally, it provides a solid foundation for later study of additional computer science fundamentals.

What is the right age for kids to learn to code?

There is no set age at which children can begin learning. Though not many children begin coding at a very young age, 11 to 12 years old is a preferable starting age since children must have both logical and artistic talents. 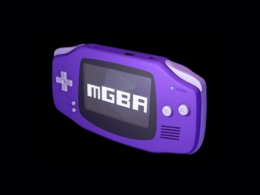 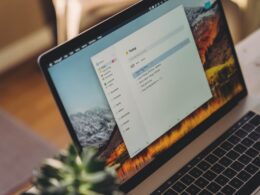